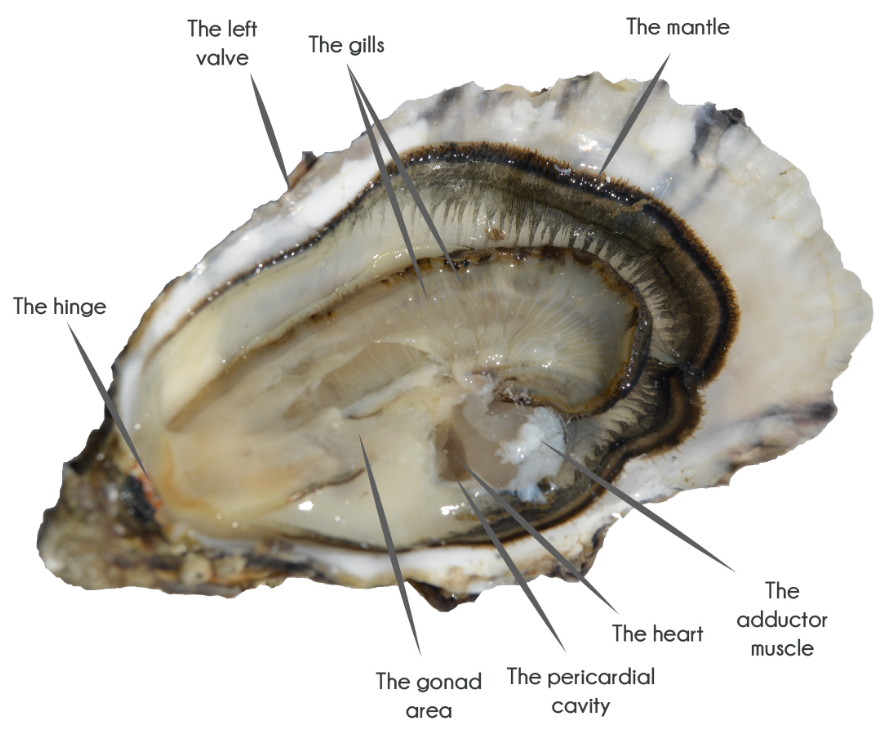 The mantle : this fine fleshy layer of tissue surrounds the oyster’s body and ensures the formation and development of the oyster shell. It also contributes to the production of nacre (mother-of-pearl) lining the inside of the shell.

The hinge : it governs the opening of the oyster while the adductor muscle keeps it shut. This muscle has to be cut to open the shell.

The gills : play a crucial role in respiration as well as feeding. Cilia present on the gills generate water currents to transport the food particles the oyster feeds on. The oyster feeds on plankton (phytoplankton and zooplankton), small organisms transported in the currents.

The oyster does not have a head.

The oyster is a sequential hermaphrodite, i.e. it changes back and forth from male to female as it grows. Studies have demonstrated that a two year-old oyster could change sex several times during a single summer season. This phenomenon is thought to occur due to water salinity, a factor that is constantly changing in this unique environment exposed to tidal and river influences.

Water temperature is the factor that triggers the preparation and process of reproduction in oysters. As soon as the water temperature exceeds 10°C (generally speaking in the spring), the oyster produces gametes which are released when the water temperature reaches close to 18°C. The male and female gametes combine to produce a microscopic larva which then drifts away in the currents. 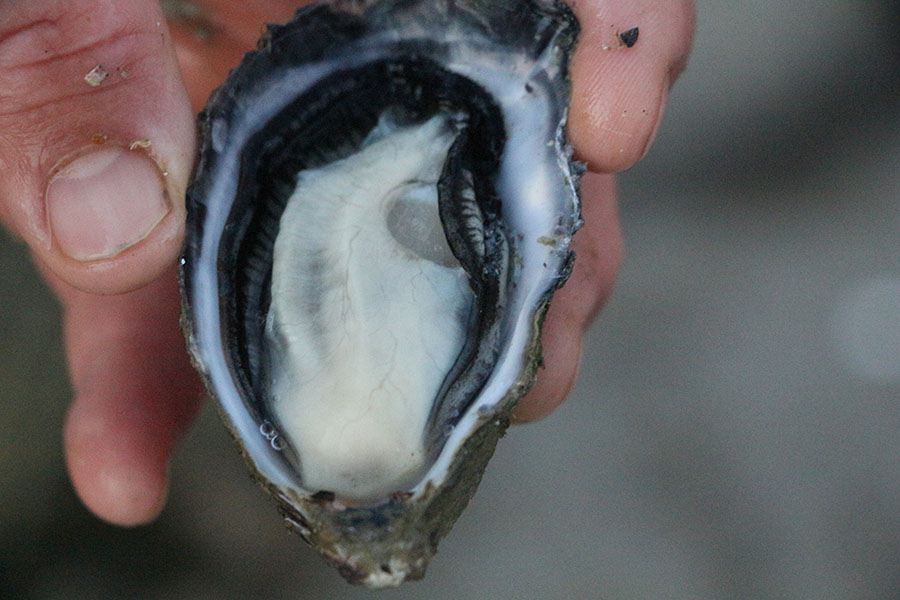